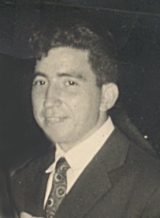 Born in Tlemcen (Algeria) on July 31, 1932, in a brotherhood of ten children, Maurice Arrouasse came from a modest but happy family. The social life went also well between the different religious communities in Algeria before its independence, until the year 1962, when young Maurice Arrouasse and his family were forced to go the port of Oran, to board a ship (the « Le Ville Oran ») for France. The journey lasted 36 hours before the family arrived in Marseille. They travelled then to Paris by train, a trip that took between 11 and 12 hours at the time. 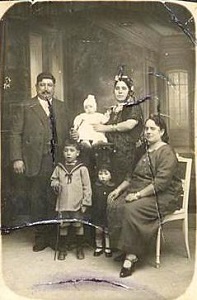 The beginning of Maurice Arrouasse’s new Parisian life was hard before establishing himself financially and geographically. Soon, upon his arrival in Paris, Maurice Arrouasse was first hired as a welder engineer in the Saint Gobin company, and in 1976, he opened his first business : a laundromat.

On the same year, on the occasion of his son Serge’s Bar-mitsva, that he prepared himself, he started a new business of caterer, at a time where kosher food wasn’t as widespread in Paris as today. He obtained his kosher certification in the beginning of the 1980’s, and also with the help of his friend and radio animator Maurice Azoulay, his entry into Radio Shalom, a young Jewish private radio created in Paris in 1981. 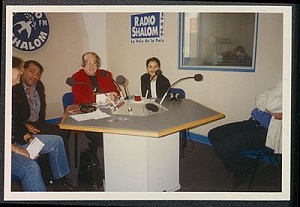 On this radio, he hosted for around 30 years a program called « Orientissimo », which featured Judeo-Oriental music, and that offered the possibility to listeners to dedicate on air a song to their families or friends. With this show, Maurice Arrouasse established a warm atmosphere with all his listeners during these 30 years. He also received as guests the greatest musicians and singers of Oriental music.

Possessor of an important collection of Oriental music, and concerned in wanting to preserve this precious heritage, in 2015 Maurice Arrouasse deposited over 300 documents at the European Institute of Jewish Music, mainly audio recordings, but also family pictures. This collection of Maurice Arrouasse is now available for consultation on the collections catalogue of the EIJM, or with an appointment. 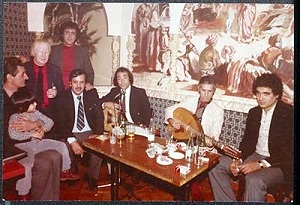 Maurice Arrouasse passed away on October 4, 2017, during the Tichri Jewish holidays, passing on to future generations a documentation that allows a better knowledge of Jewish music of North Africa and Middle-East.