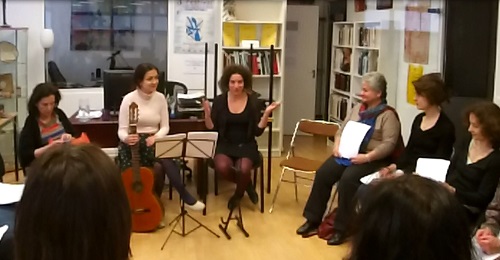 Women always had an important role in the Jewish society. Despite the religious ban about the woman’s voice, known as  “kol isha”, many songs and melodies come precisely from women’s repertoires.

This workshop aims to explore the role of women through traditional Yiddish songs. Songs of mothers, daughters, spouses, female workers and others, presented together, offer a picture of the Jewish woman, beautiful and powerful.