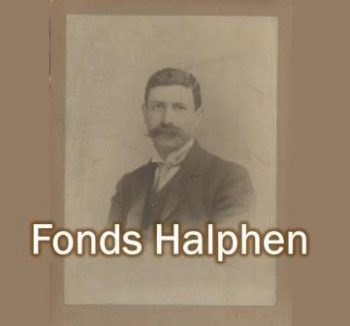 A collection of over 1.000 documents of a priceless patrimonial value

Born in 1872 and killed on duty for France in 1917, Fernand Halphen, pupil of Gabriel Fauré and Jules Massenet, obtained the second Rome award in 1896 and wrote during his short life around a hundred music pieces.

His wife, Alice Halphen, born Koenigswarter (1878- 1963), was an art lover, and held a music salon in her private mansion on Dumont-d’Urville street during several decades, where many artists used to come, and who she often helped: among them Daniel-Lesur, Ania Dorfman, Enesco, Fauré, Gedalge, Monique Haas, Honegger, Jolivet, Mihailovitz, Milhaud, Messiaen and Poulenc. Marked in her youth by the Dreyfus Affair, Alice Halphen was interested during all her life in the question of Judaism and played an important role in the Jewish community of France. 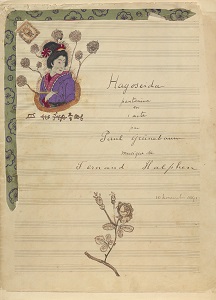 The European Institute of Jewish Music houses in its collections over 1.000 documents of a priceless value that belonged to Alice and Fernand Halphen : mail with the greatest composers of the time (Fauré, Massenet, Hahn, Büsser, Cortot, Koechlin, Risler…), musical manuscripts, among them several autographs, printed scores, photographies, press clips…

A part of this collection – in particular the music scores – was given by the great grandchildren of Alice and Fernand Halphen, Isabelle Friedman, Odile Haye and Nathalie Bardon in 2005. Afterwards, the Fondation du Judaïsme Français, the association Yuval and the European Institute of Jewish Music contributed to sthrenghten this collection by buying many other documents – in particular mail – during auctions (2006, 2009, 2011, 2013 and 2016).

Let’s note that during World War II, the nazis took possession of the musical library of Fernand Halphen and that the family castle of La Chapelle-en-Serval was looted several times. After the war, Alice Halphen recovered unfortunately only a part of what had been robbed. 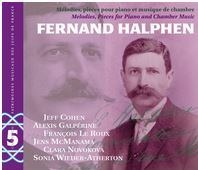 Since the release of the double CD Fernand Halphen. Melodies for piano and chamber music (2006) and the CD French Music Before And After The Great War (2017) in which was performed his 1st symphony, the public rediscovered the work of Fernand Halphen, a beautiful classical music composer.

The centenary of World War I was also the occasion to exhibit documents that belonged to Fernand Halphen, killed on duty for France in 1917, and to perform his works worldwide.

Since 2015, the EIJM Editions started publishing the music scores of Fernand Halphen. A hard and long work, Halphen being the author of a catalogue of 166 pieces, among them 76 melodies for voice and piano.

Finally, let’s note the publication of a collective work Du salon au front : Fernand Halphen (1872-1917), composer, patron and director of military music published in April 2017, under the direction of Laure Schnapper, with the collaboration of Pierre-André Meyer – Preface by Hervé Roten, in the Hermann Editions, for the centenary of the death of the composer.

These archives are now available in the catalogue of our collections (Browse the Halphen collection)  or by making an appointment with the European Institute of Jewish Music (contact@iemj.org).