In this broadcast, we discover the double album Kamti Lehallel recorded in 2007 by the cantor Daniel Halfon.

Daniel Halfon was born in 1955, in London. He grew up in the old Spanish and Portuguese community of the town under the supervision of Rabbi Abraham Levy.
He sang in the choir of the congregation at a very early age.

In the middle of the 1980’s, he performed concerts all over the world and sang in all the main synagogues that use the Spanish and Portuguese ritual. 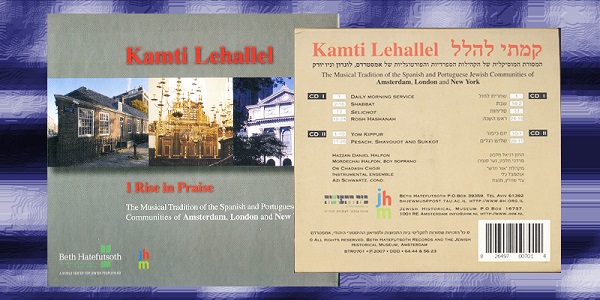