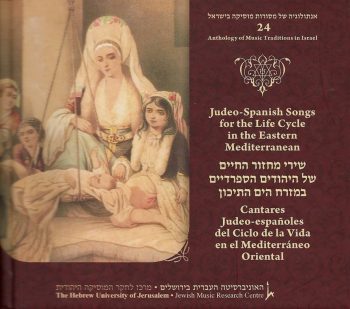 Judeo-Spanish Songs in the Eastern Mediterranean /

24th volume from the Anthology of Music Traditions in Israel, this double CD, attached with a very rich booklet in Hebrew and English, was released in 2014 by the Jewish Music Center of the Hebrew University of Jerusalem, under the direction of Edwin Seroussi.

The recordings and comments were made by the musicologist Susana Weich-Shahak who did a remarkable work of collecting and research. More than 87 songs, for most of them accompanied with music, trace the different moments of life in the Judeo-Spanish communities of Eastern Mediterrannea, from birth to death, passing by lullabies, children’s songs, wedding songs, etc.

A historical anthology, beautifully presented, for anybody who wishes to plunge into the heart of a tradition in its true authenticity. 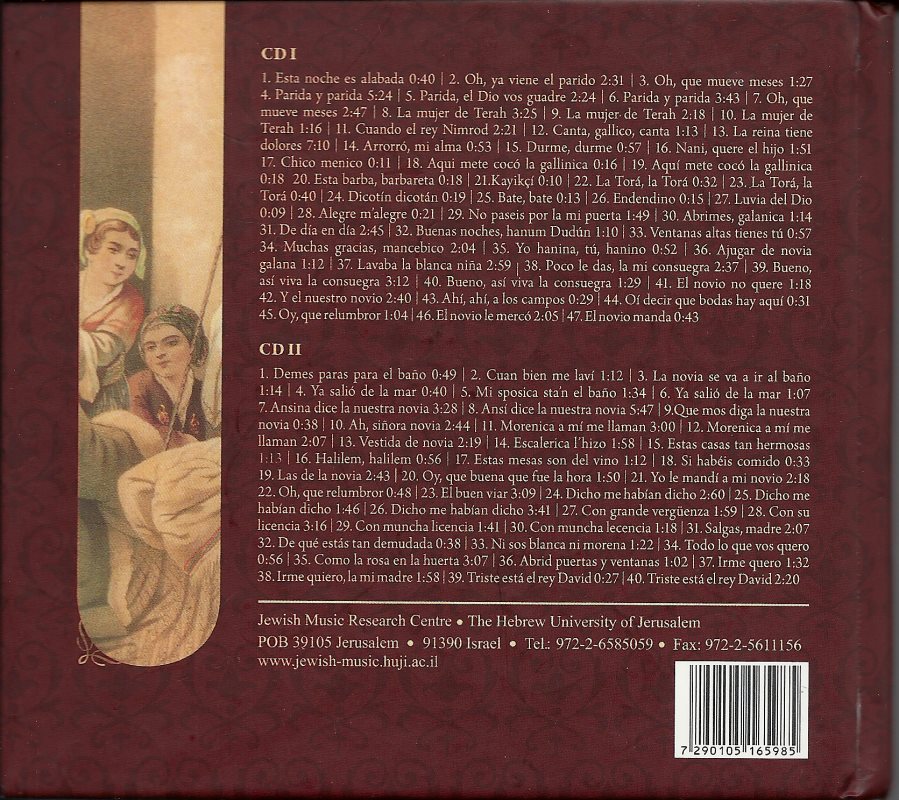