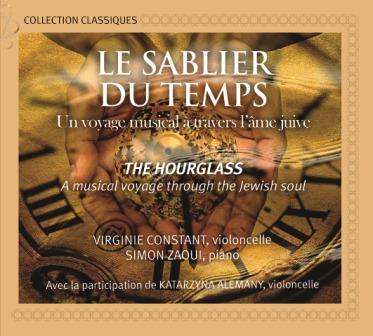 Directed and motivated by Virginie Constant, talented cellist, supported by Simon Zaoui on the piano and Katarzyna Alemany on the cello, this disc gathers works written in the first half of the 20th century by composers in search of a Jewish musical identity, be they Ernest Bloch, Lazare Saminsky or Joseph Achron. Some of them, such as Gideon Klein were tragically killed during the Holocaust. Others, such as Mieczyslaw Weinberg or Serge Kaufmann, perpetuate their memory.

Like the hourglass in which runs the Time of History, and where we would be the grains of sand, this disc has the ambition of making us travel through the meanders of the Jewish soul in its most universal aspect: its music!

Buy the CD on the EIJM’s online store 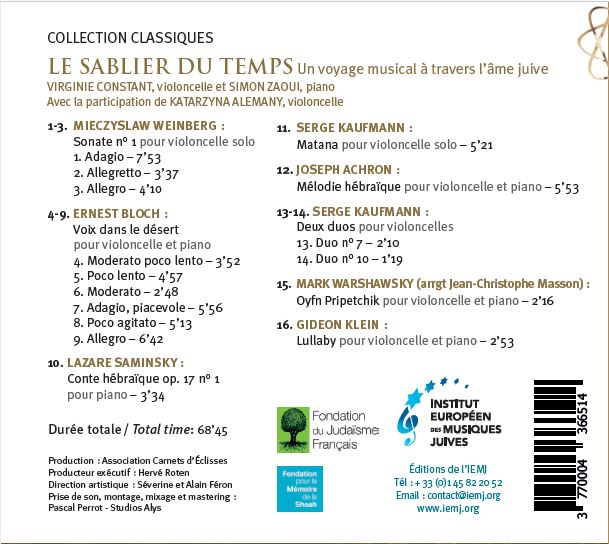