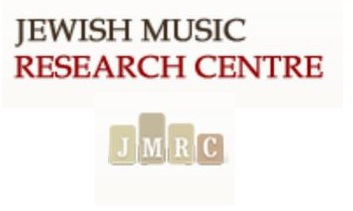 The Jewish Music Research Centre of Jerusalem is dedicated to the study of the musical culture of Jewish communities past and present. It regularly publishes high quality recordings and books.

Founded in 1964 by Professor Israël Adler, and directed today by Edwin Seroussi, the JMRC is part of the Faculty of Humanities at the Hebrew University of Jerusalem. Research encompasses ethnographies of extant oral traditions as well as historically-oriented research focusing on the interpretation of Jewish musical cultures in their widest possible social, cultural and historical context because a full appreciation of the Jewish musical traditions must refer to the musical cultures of the non-Jewish societies with whom the Jews were in close contact for the past two millennia.
The results of theses studies are published through many CD’s, books and sheet music.

Presentation of the six boxsets 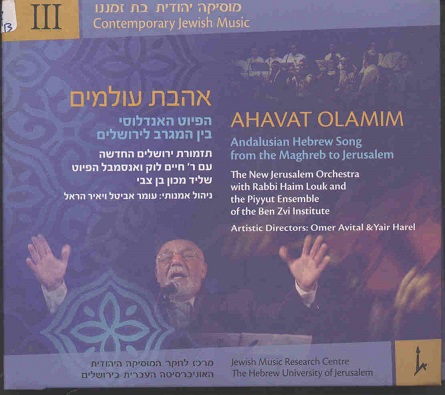 Ahavat Olamim, Andalousian Hebrew Song from the Maghreb to Jerusalem

3rd volume from the serie « Contemporary Jewish Music », Ahavat Olamim (Everlasting Love) represents a modern journey into the depths of the Andalusian Jewish musical tradition of Morocco and Algeria. It is the product of the initiative and imagination of composer and double bass player Omer Avital, and of musician and educator Yair Harel. This CD would not have been possible without Rabbi Haim Louk, who offered the inspiration, guided the musicians and made a unique vocal performance. 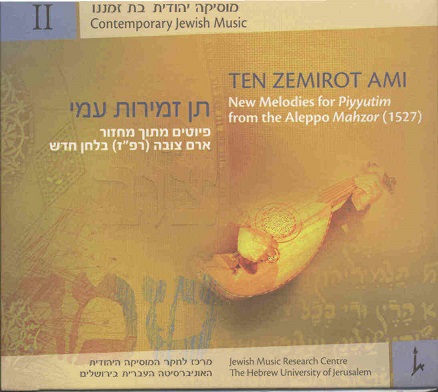 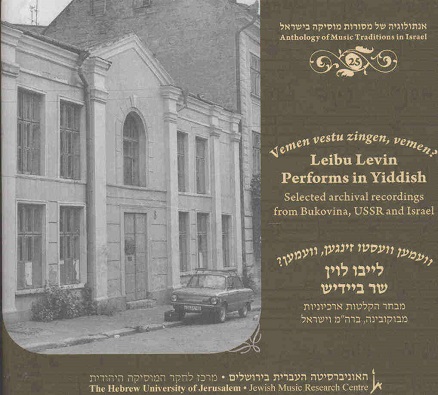 This CD from the serie « Anthology of Musical Traditions in Israel », has been made in hommage to Leibu Levin, Yiddish singer from Czernowitz for his 100th birth anniversary in 2014. Recordings that had been scattered in various private collections and archives have been gathered for this occasion. This CD is joined with a very well researched booklet of nearly 150 pages, with a biography, notes, lyrics, translations… 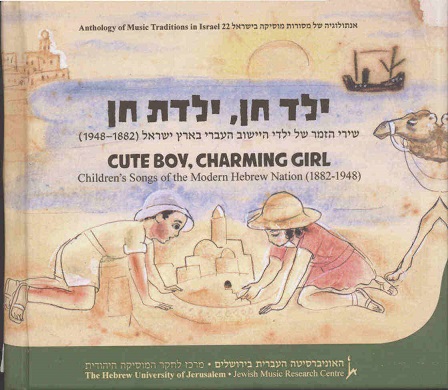 This CD from the serie « Anthology of Musical Traditions in Israel » offers children’s Hebrew songs written before the establishment of the state of Israel. Most of these songs are not part of today’s children’s repertoire in Israel and cannot be found on commercial recordings. In addition, the recordings here are sung by adults who sang these songs in their childhood. This CD is joined by a 100 pages booklet. 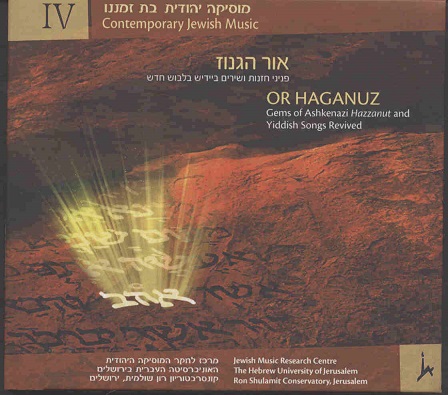 Or Haganuz, Gems of Ashkenazi Hazzanut and Yiddish Songs Revived

4th volume from the serie « Contemporary Jewish Music ». Prof. André Hajdu, one of the first JMRC researchers, has joined forces with Cantor Asher Hainovitz of the Yeshurun Central Synagogue in Jerusalem to put together a selection of hazzanut pieces and Yiddish songs in new arrangements for voice and piano by Hajdu. The present production was initiated by the Ron Shulamit Conservatory in Jerusalem, and marks the 50th anniversary of the JMRC. 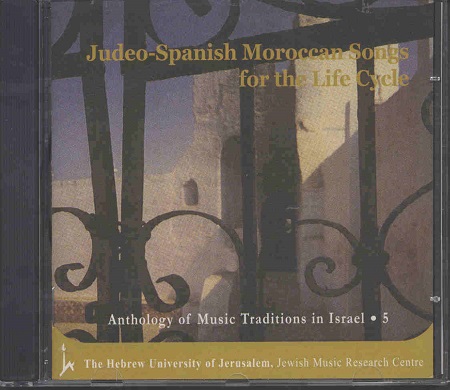 5th volume from the serie « Anthology of Musical Traditions in Israel », this CD is a collection of life-cycle songs: birth, circumcision, wedding etc., sung in Ladino.