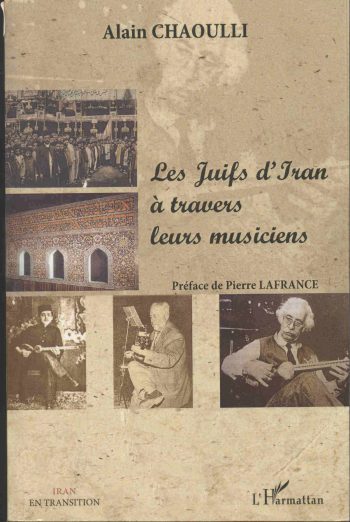 In Iran the Jewish people had a special fate, a long history, which lasted more than 2 700 years in this country. They lived difficult times and suffered from persecutions. These difficulties lived by the Jews took time to disappear. It is with help of officials from Europe and the opening of school of the Alliance israélite universelle in 1898 that slowly, persecutions began, to stop.

Nevertheless, Jews lived times of anguish and worry, and their fate could have changed with World War II and the Nazi menace. Luckily for them, the German army never arrived in Iran. The creation of the State of Israel provoked a violent reaction of hostility coming from the Arab world. However, the Iranian state and the young Hebrew state sealed a military, politic and economic alliance, after its proclamation in 1948.

And since the 1960’s, the relations established between Mohammad Rezâ Shâh and the Western world brought an economic impetus in Iran. The Islamic revolution in 1979 marked a complete break with the past politics. The Islamic Iran stops brutally all contact with the « Zionist state », and recognizes no politic legitimacy. The most important thing to remember however: it seems that in Iran, Jews feel above all Iranians, and claim their attachment to the Iranian culture.

They are Iranians and Iran is their country. But they know that they live in a Muslim country, that they are officially considered by the Iranian Constitution of 1906 like the others minorities, that they can practice freely their faith, but cannot violate the duties imposed to them. They are Iranians and obey to the laws of the country. All this make us witness that it is iun Iran that lives the biggest Jewish community of the Middle-East.

The Iranian Jews likes and played the same music as the other Iranians, with the same pleasure. They appropriated the modes of Persian music in their religious chants. There are not many written documents about the history of the Jews from Iran. We know little about their community and daily life. This research tried to bring a few clues on this misknown world.

Alain Chaoulli is one of the main specialists of the Jewish culture in the Iranian world. He is graduate from the Ecole des Hautes Etudes en Sciences Sociales and has a PhD from the Université de la Sorbonne nouvelle. He is the author of several publications on the history of the Jews from Iran, among which La Deuxième Guerre mondiale et la communauté juive en Iran face au nazisme, Les traditions musicales juives, Les tapis persans et les Juifs and Les musiciens juifs en Iran aux XIXe et XXe siècles (L’Harmattan).