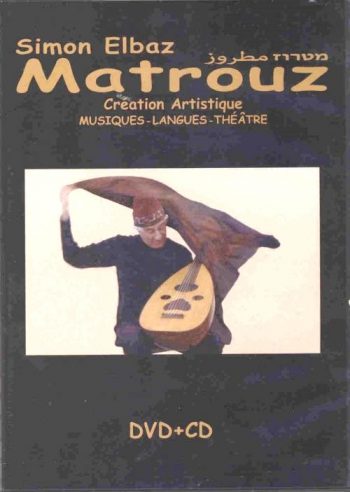 An artistic creation by Simon Elbaz

Matrouz – in Arab, what is embroidered – is of oral tradition. Recalling this heritage of judeo-arab culture linked to hebraic, muslim and christian Andalusia, Simon Elbaz got first inspired by this art based on the alternating languages, Arab and Hebrew.

He could have kept and seen this heritage as an object of nostalgia; instead, he decided te renew it combining the sacred and profane and dealing with the interweaving of:
– languages: Hebrew and Arab for example, with French, Latin, judeo-Spanish…
– music: north Africa and Andalusia, judeo-spanish, oriental, medieval… …
– différent ways of expression : music, songs, story-telling and theater which, for the first time, « goes on stage » in the Matrouz repertoire.

Box containing a CD and a DVD 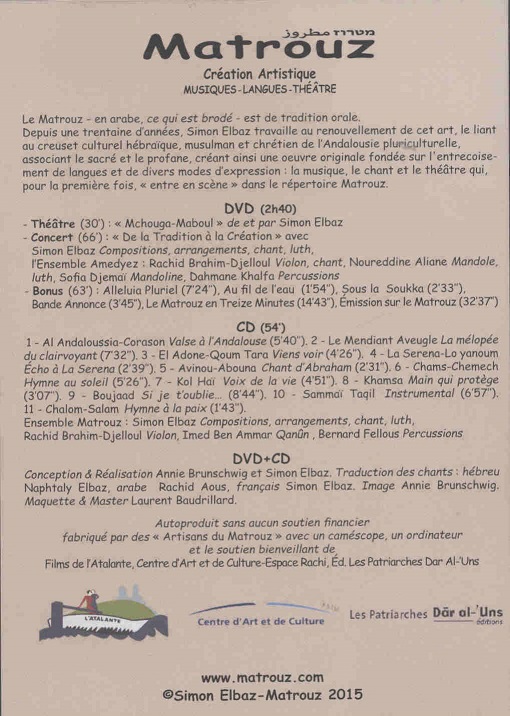