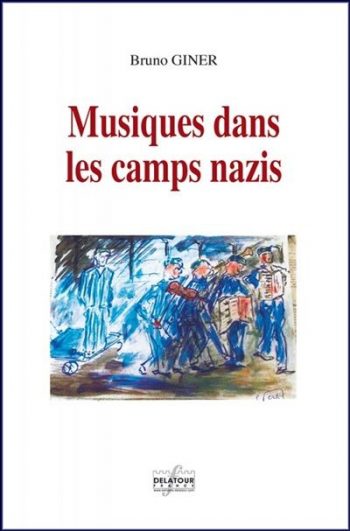 In 2010, Bruno Giner finished writing his first book in French dedicated to the use and manipulation of music in the Nazi concentration camp system: Survivre et mourir en musique dans les camps nazis. He then continued his research, gave many lectures and spoke in many public debates (pre-concerts, school days, concert-lectures) on that subject.

These varied experiences helped him to deepen his questioning, and to develop a subject which continues today to ask many questions: what role did music play in such a context: artistic? Historic? A sort of resistance or, on the contrary, a kind of collaboration? A submission to the executioners or a possibility of survival? Were the musicians privileged and why? Could one save his life by playing a tune on the violin, or by singing a song? Did solidarity play a role between musicians, and which ones?

To all these questions, the answers are neither simple nor unique. All contradictions existed or coexisted, and depending on the time or the place, the best and worst of the human soul rubbed shoulders, or even juxtaposed. Bruno Giner is not doing just a reedition of his book released in 2010, but more a new edition, corrected, amended and enhanced. With a frightening description of the Nazis concentration camp system, the author shows how music, the expression of aesthetics and beauty, can also be used in order to serve the lowest instincts and absolute horror. A salutary book against the banality of evil…