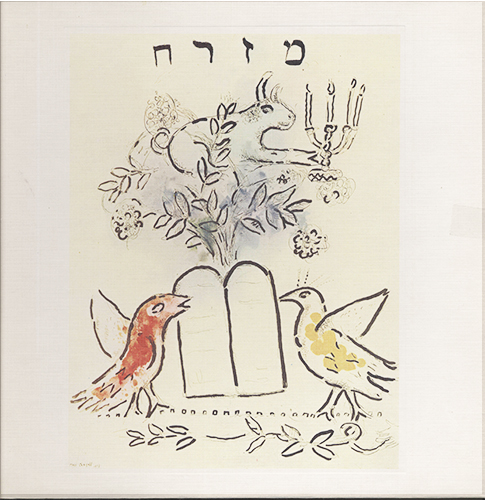 This 33 RPM disc, which includes a preface written by Joseph Kessel, from the Académie Française and illustrated by Marc Chagall, was released for the 25th anniversary of the creation of the state of Israel.

-The original recording of the vote session of the U.N.O., on the 29th of November 1947, which led to the creation of the state of Israel
-The proclamation of Independance given byDavid Ben Gourion, on the 14th of May 1948
-The message of Golda Meir (Israel’s first minister)
-The déclaration of Asher Ben Natan (ambassador of Israel in Paris)

-The national anthem of Israel « Hatikvah », sung by the members of the National Council
-The song « Yerushalaïm Shel Zahav » (Jerusalem of gold) by Naomi Shemer, performed by the Choir of the Great Synagogue of Paris. 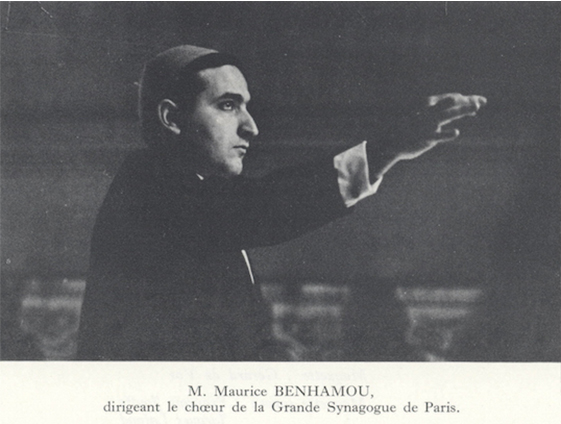 The dream of a Jewish state started in 1897, in Basel in Switzerland with the first zionist congress led by Theodore Herzl.
Herzl would later say, about the congress : « in Basel, I founded the Jewish state … if you want, it won’t be just a dream. »

Two years after the second world war where six million Jews were killed, the United Nations Organisation (U.N.O) voted, on the 29th of Novembre 1947, the creation of a Jewish state in Palestine, along with 33 countries. 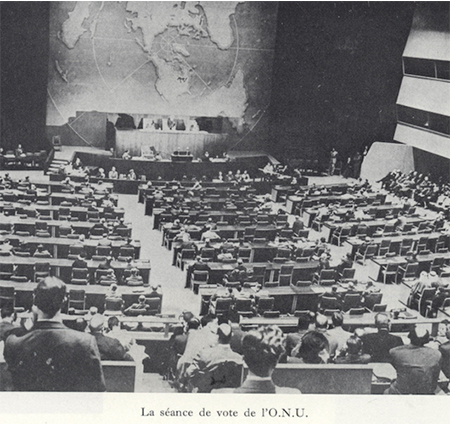 The 14th of May 1948, the Israeli first minister, David Ben Gourion proclamed the independance of the State of Israel. 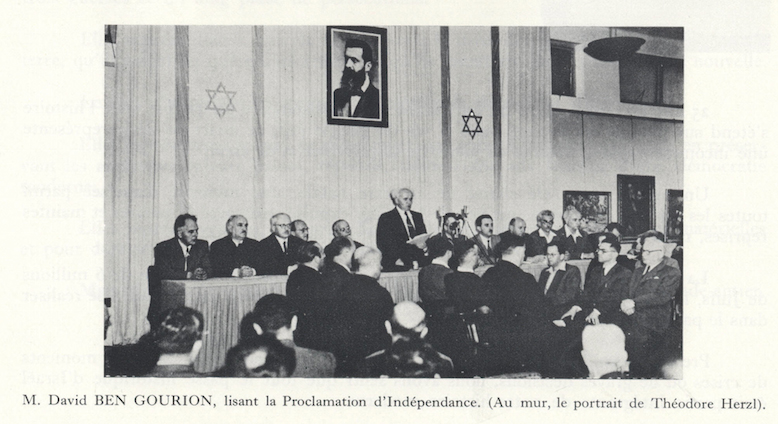 Rebirth Of A Nation (booklet)
Read more publications on Calaméo

Listen to the radio broadcast on Hatikvah, hosted by Hervé Roten