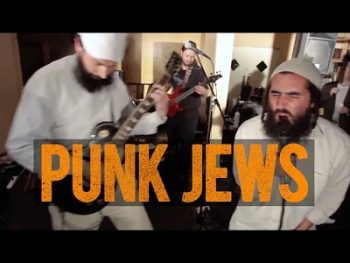 Rock music appeared in USA in the 1950’s. It developed in many sub-genres from the 1960’s on, in USA but also in the United Kingdom. We count nowadays dozens of genres that come from rock music (psychedelic rock, garage rock, heavy metal, punk, hardcore, glam rock, grunge, hard rock, new wave, alternative, progressive…).
Musically, rock is mainly characterized by a leading vocal melody, an electric guitar, a bass guitar and drums. But many other instruments can be added, such as keyboards, brass instruments, accordions or electric violins.
In the genres of “extreme rock” (hard-rock, heavy metal, punk, hardcore…), the music is loud, fast and violent. Lyrics can be political, funny or provocative.

Successor of the “protest song” that came with folk music, rock is often considered a form of expression of the working class youth and a scream of revolt against conformism, the dominating morals and the consumer society. “Sex, drugs, and Rock n’ Roll !”

Derived from Rock, punk-rock appeared in USA in the 1960’s, before becoming popular in the United Kingdom in the 1970’s, in particular with the Sex Pistols or The Clash. The music is violent, fast, overloaded, sometimes at the expense of the instrumental performance. Punk philosophy states that it is not necessary to play music perfectly to play punk. An electric guitar, drums, provocative lyrics screamed out loud is enough. What is important is the energy and the message sent. This message is the non-conformism pushed at an extreme point, the activism, which passes through provocation and humor. Punk can be resumed by the sentence “No Future”. It is often associated to anarchy, from which the emblematic slogan is “No gods, no masters”.

Can Jewish music be mixed with rock, or even with punk ?, Certainly, as dozens of musical bands did it. Music is often reflective of an identity. Thus Jewish musicians who play this music wish to claim a double identity: Jewish and rebel.

Whether they are religious or not, these musicians express their belonging to a millenary culture, to a history, to traditions. Some will express their love of God and Torah, other will make a reference to this old yid who works hard behind his sowing machine for a few kopecks, others finally will revisit klezmer tunes that were played in weddings, from one shtetl to the other. And all of them scream their anger. Against the established order, injustice, war, consumer society…

In USA, in Israel, in Australia or in France, here are several bands who perform Jewish-rock, Jewish metal, Jewish-punk, and more. 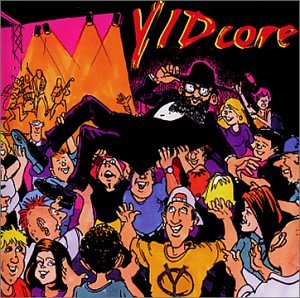 Yidcore is an Australian Jewish punk-rock band created in 1998 in Melbourne. Their dynamic and festive music, covering Jewish and Israeli hits, plays on the field of humor and provocation. Their first album, called Yidcore, released in 2000 gathers 18 famous tracks, such as Dayenu, Haleluya, Maoz Tzur, Yerushalayim Shel Zahav, or even Hatikvah, each of them played with fast drums, overloaded guitars and a screaming vocal lead. They also covered the musical Fiddler on a Roof, that they renamed Fiddlin On Ya Roof.
Visit their website
Listen to their first album on Youtube 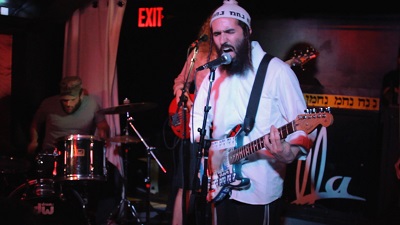 Moshiach Oi! is a hardcore band settled in New-York, in which the musicians scream their love of punk-rock and of the Torah. In 2008, after having re-discovered his Jewish roots, the singer-founder of the band starts writing songs about studying Torah, the coming of the Messiah, or praising God. The word « Oï ! » is a symbol of the punk rock sound of the British working. And as for the word « Oy ! », the band defines it as the eternal sound of the Jewish working class. At the same time violent, fast and activist, the music of this singer, disciple of Rabbi Nachman of Breslov, makes dance as much part of people with mohawks as with payot on the ears.
Listen to the music
Watch a video clip on Youtube 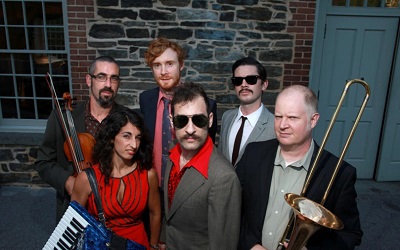 The band Golem, settled in New-York, plays klezmer rock since 2000. It performs through North America, as well as other parts of the world, in a revisited repertoire of Eastern European music, Jewish or non-Jewish. The performances of the musicians are funny, dynamic, theatrical and respectful of the traditions. The charismatic singer won’t hesitate, for example, almost naked, to open a bottle of wine on stage, get his shoes off and drink the wine directly from his shoe.
Visit their website 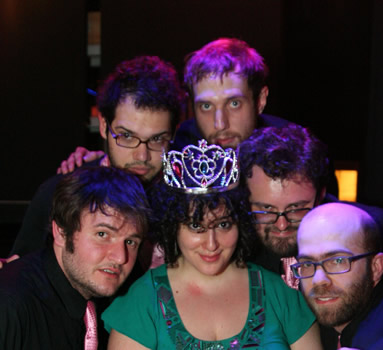 Yiddish Princess, also settled in New-York, plays hard-rock/power pop, in yiddish ! With songs like Oy Avram or A Glezele Yash, the band revisits Yiddish folk songs, with a powerful and melodic music. The co-founder of the band is the singer Sarah Gordon, who is non-other than the daughter of Adrienne Cooper, a singer and searcher who widely participated to the klezmer revival in USA in the 1970’s, and in particular played with the Klezmatics It is therefore not necessary to speak of the high musical quality of this band. By performing traditional songs with a modern music, Yiddish Princess purposely plays on the field of humor (Power Pop is often mocked by other rock performers who claim to be more “serious”). And by revisiting these Yiddish songs with power pop/hard-rock, Yiddish Princess opens the gates of Yiddish culture to people who perhaps don’t know anything about it. And in this way, it is a political act.
Visit their website 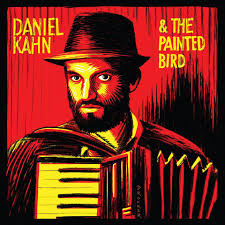 Daniel Kahn and the Painted Bird also revisits Yiddish songs. The music of this band cannot really be defined as rock, it looks more like traditional music, with the accordion, clarinet, violin. The electric guitar and drums are often not there. However, the band is often defined as being “punk”. Indeed, their music is dynamic and dance-like, makes people want to dance, and the performance of the musicians can be provoking. They perform mainly Yiddish songs from the revolutionary repertoire and songs of struggle. These songs send universal and timeless messages, such as the will of social justice, the love of liberty, the horror of war… Moreover, Daniel Kahn speaks a very good Yiddish and translates parts of his songs in English. By letting us hear this destroyed language, and by translating it in English, he universalizes access to the message of Yiddish songs.
Visit their website 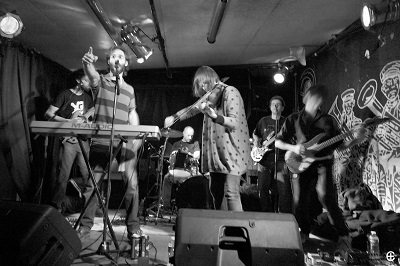 In France, the band Klunk has played since 2012 and performs “klezmer-Yiddish-punk-metal”. It revisits Yiddish songs, in particular revolutionary songs and of struggle, and performs them with music mixing punk-rock and metal (heavy and fast guitar riffs, overexcited energy…). The message passed on is very “punk”, with political aspects (social justice, equality for all and all people), funny and often provocative.
Visit their website

There are many bands mixing these styles, and it is impossible to mention all of them. Here is a non-exhaustive list of some bands who didn’t appear in this article: Jewdriver, Schmekel, Horse Raddish, Damn Dirty Commies, Asher Yatzar, The Shondes, Gangsta Rabbi, Jew Cocks, The Debaucherauntes, Gevolt, Koyt Far Dayn Fardakht…