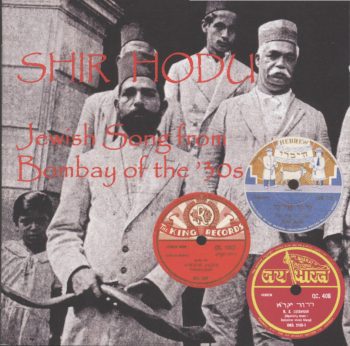 Shir Hodu – Jewish Songs from Bombay of the ’30s

“Shir Hodu” means in Hebrew “Song of India”. It also means “Song of praise”. This anthology, the second one from this collection of Jewish singers from the East, features for the first time on a CD the most famous Indian singers from Bombay, in a historical performance of the 1930’s.

The songs of this compilation are almost all sung in Hebrew, from the musical tradition of the  Bene Israel Jews (a historical Jewish community of India), Jews from Iraq and Persian Jews settled in India, as well as a few Jews from Cochin – which constitute Jewish groups present in Bombay in the 1930’s.

As for each production from Renair Records, by Julian Futter and Michael Aylward, a very informative booklet comes with rare music, of which the history is traced down, with explanation on the tunes, and biographies of the performers.

The CD is distributed by Honest Jon’s 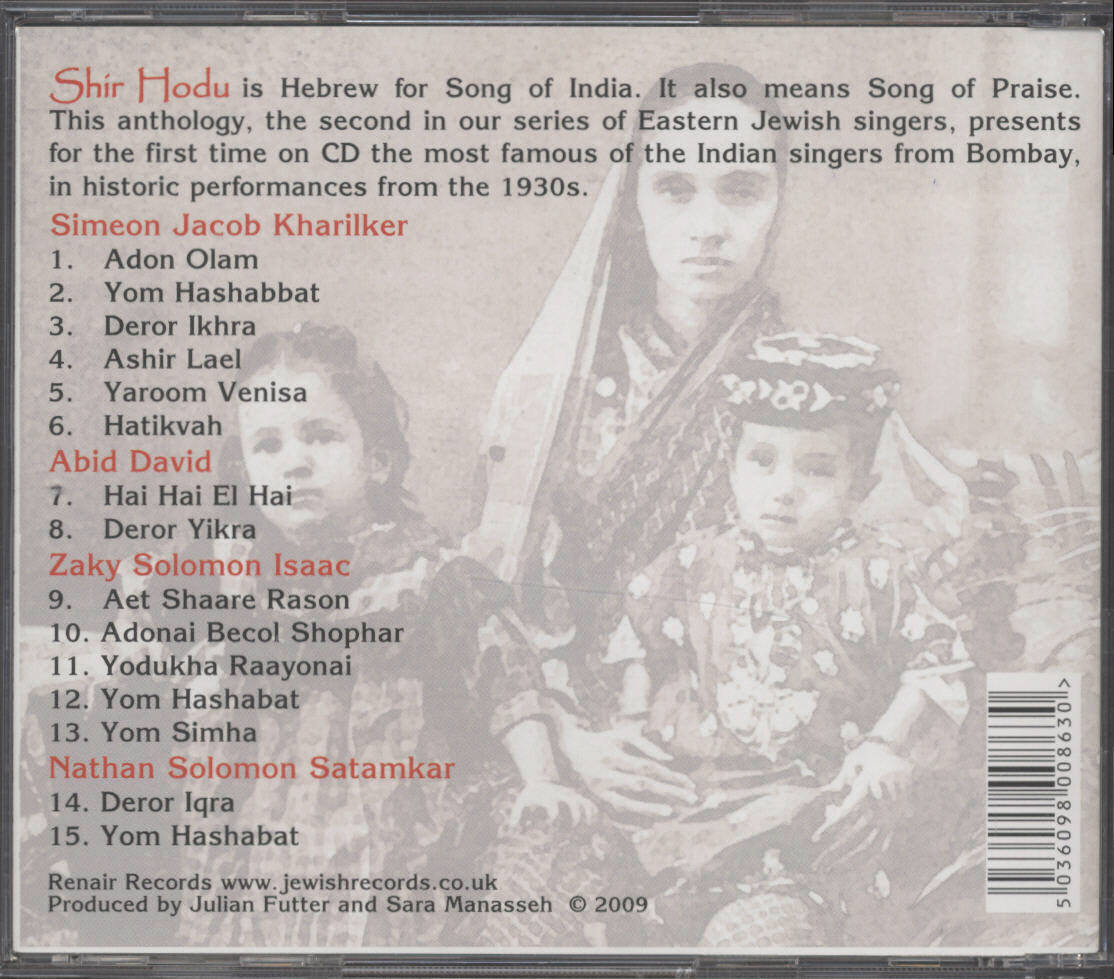