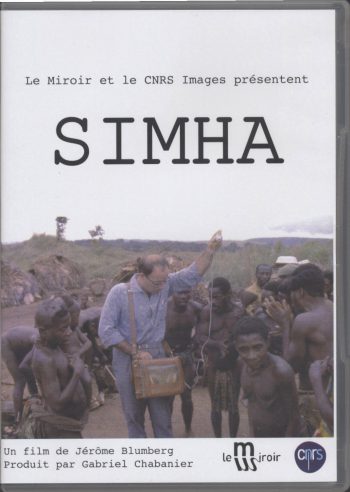 Born in 1930 in Düsseldorf, Simha Arom had to flee from Nazi Germany with his family after the “Crystal Night” (1938). During the summer of 1944, he succeeds, after having crossed the Pyrénées by foot, arriving in Palestine. He became soloist horn player in the Symphonic Orchestra of Jerusalem, and then left in 1963 to Central African Republic to create there a brass band.
Fascinated by the traditional music of this country, he dedicated the rest of his life to deciphering the principles that govern this heritage as well as those from many other countries. Jérôme Blumberg recorded on video the work of Simha Arom since 1990.

This sensitive and fascinating movie presents the career of a man who offers several lessons : a lesson of life, faced with the misfortunes of history, and a lesson of ethnomusicology. Simha Arom, for whom the first contact with music took place during his childhood with the cantor of the synagogue, was and remains the master of a whole generation of ethnomusicologists that work on various traditions, and among them Hervé Roten, director of the European Institute for Jewish Music and specialist of Jewish liturgy.

The European Institute for Jewish Music and the Yyval association supported this project.

Watch an excerpt of the film