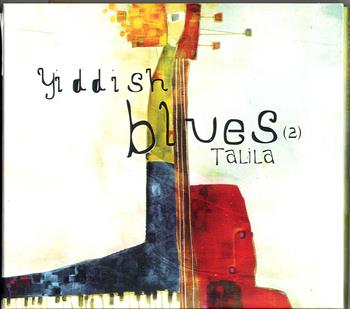 In the taylor’s shop, there were smells of the old Jewish Poland, and of strong desires to become French. This is where I had school, close to the sewing machine, one ear hearing Yiddish, the other the excellence of french langage. The Polish Jewish smells seemed too old fashioned.

The challenge of this new record is to be where he is not expected. Those who have a clear idea that Yiddish songs must be performed with the violin, the « klezmer » clarinet, the Slavic accordion, may not be that happy. But why repeat for ever the same things ?

Irving Berlin understood it well, he who came from this musical culture and became the most prolific composer of American jazz standards. Yiddish songs, its at the same time humour in keys and lyrics, and held back tears : this is what Teddy Lasry, director and arrangor of this album, well understood by adding a bit of jazz rhythm. Maybe this is Yiddish music, the art of mixing genres, from slow rumba to streets laments.

Let’s get lost a little and have a walk in this country which makes the Yiddishland as vast as the world. 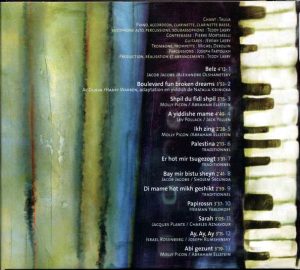