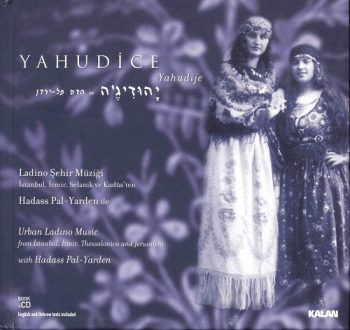 Yahudice – pronounced Yahudije and meaning “Jewish” in Turkish – was the name used by the Muslim Turcs to designate the Jewish people speaking Judeo-Spanish during the Ottoman era.

This album features the Judeo-Spanish repertoire sung in Istanbul, Izmir, Thessalonica and Jerusalem. Its originality comes from the combination of three main characteristics, the choice of songs, the musical interpretation, and the importance given to the documentation related to these songs. It forms a real jewel for lovers of traditional music, for all those who, nostalgic for this culture and that time, are closely interested in this rarely known repertoire, but still very rich with stories and memories..

The Israeli researcher and singer in Judeo-Spanish Hadass Pal-Yarden found inspiration, for this album, among Sefardi people met on the spot, through her various journeys in the former Ottoman Empire (Thessalonica, Jerusalem, Istanbul, Izmir…) and in field recordings she had access to.

The richly documented booklet of the CD gives information about each track, but also historical, linguistic and geographical insights about the Spanish Jews, or Sefardis. It also adds to our knowledge of today’s context of performing Judeo-Spanish music, which never stopped changing in the 20th century, slowly losing its initial role in the traditional rituals of the cycle of life in a community, transforming progressively into a more commercial music, with more exchanges from the home countries and even borrowings from Western music. 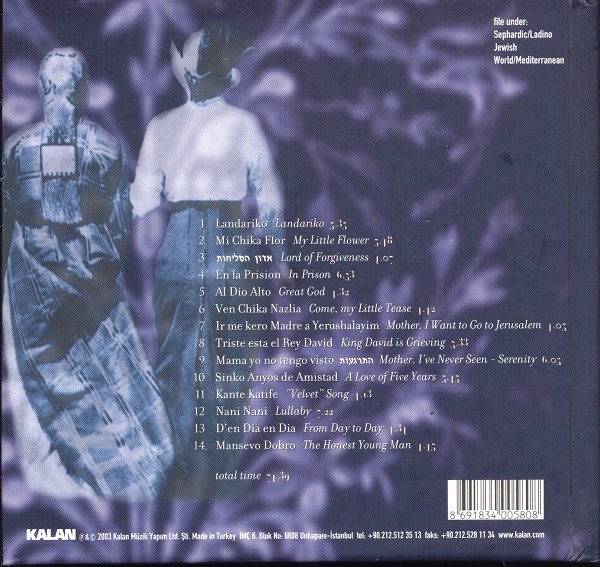