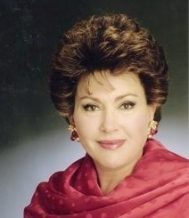 Rika Zaraï, born under the name Rivka Gozman, was born on February 19,1938, in Jerusalem, in Palestine. Her father was a Russian from Odessa and her mother was a Pole from Wołożyn. As a young girl, Rika Zaraï was serious, in her general studies and musical studies. At the age of 7, she took piano lessons, and revealed herself quite talented. At the age of 17, she got her high school diploma, and a first prize of piano at the music conservatory of Jerusalem. Right after that, she did her military service, and was charged to lead a musical comedy, Cinq sur cinq, which received great success among the soldiers, to such an extent that the director of one of the most important theatres of Jerusalem decided to put it on stage. On the audition day, the singer, who held the main role, was in mission, and Rika replaced her, beginning thus her singing career at the age of 19. Just after, she got married, in 1958, with the lyricist of the show, Johanan Zaraï, whith whom she had a daughter, Yaël, in 1959. 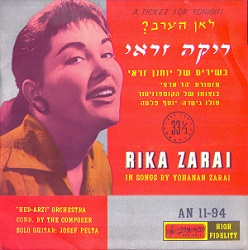 After the army, Rika Zaraï performed in cafe-theatres, singing French songs written by Trenet, Gréco, Aznavour and Brassens, but translated in Hebrew. She was then noticed by an impresario who suggested to her to go to France and to present herself to the director of the French concert hall l’Olympia, Bruno Coquatrix. The latter told her to come back when she would have mastered the French language. Rika Zaraï, who separated of her husband, lived then difficult moments, raising her child alone. She sang in cabarets, in particular the Caroll’s and the Villa d’Este, during two years and a half. Her career really began when she met the producer Eddie Barclay, with whom she signed in 1960, on the music label Bel Air, songs like L’olivier or Hava Naguila, which started to be broadcasted on the radio. She also sang in French classics from the Israeli repertoire, such as Yerushalayim shel zahav and Halleluyah (Grand Prize Eurovision 1979).

In October 1960, Rika Zaraï performed in the concert hall Bobino, as a first part before Marcel Amont. In 1961, Bruno Coquatrix, faithful to what he said, hired her for a first part before Jacques Brel in l’Olympia. During this event, she met Jean-Pierre Magnier, one of Brel’s musicians, who would become her husband. In 1963, she performed again with Jacques Brel in Bobino, and the famous band Les Chaussettes noires in l’Olympia. On the same year, she recorded Tournez manèges, and is filmed by Claude Lelouch in un Scopitone. In 1964, she created two songs (Le temps ; Et pourtant) written for her by Charles Aznavour. In 1965, she did a big concert tour with Gilbert Bécaud. On the same year, she left Eddie Barclay’s musical label and signed with Philips, where she recorded the music of the song Prague. It’s in 1969 that she released her first great hits, such as Casatschok, an adaptation of the Russian song Katioucha, followed by other tarcks such as Sans chemise, sans pantalon ; Alors je chante… 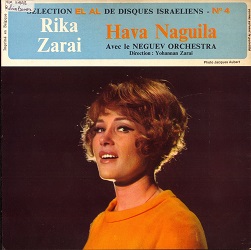 In 1969, Rika Zaraï was victim of a serious car accident. The doctors thought she would never walk again. But thanks to her determination and patience, and the help of her friend Raymond Dextreit, supporter of natural medicine, she could walk again three years after. During her hard recovery, she composed the song Balapapa, with joyous lyrics, which would be successful. After her recovery, she recorded new hits such as Tante Agathe, Ma Poupée de France, or Sans chemise, sans pantalon, and performed several times on stage in l’Olympia. She received several Golden Discs.

In 1983, Rika Zaraï released a last album with Philipps, Tout va très bien, and stopped her artistic activities. She then started promoting medicine with plants by publishing a series of books, among which several such as Ma médecine naturelle (Editions Carrère/Michel Lafon, 1985), were successful in library (over 2.500.000 books sold in France !). But her entry in the world of natural medicine was objected by the Council of pharmacists. The affair was at the time largely discussed in the media. 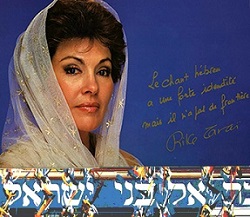 After twelve years of musical silence, Rika came back in 2000 with a new CD Hava comprising new songs such as Ce siècle au coeur brisé, Si j’étais orientale, Hopa and covers such as Le temps des fleurs in tribute to her friend Dalida ; La yiddishe mama for her mother and the famous Hava naguila which became Oriental Hava. The sound of this album is contemporary, which led Rika to perform on April 13, 2000, in the Queen, the famous nightclub on the Champs-Elysées in Paris. 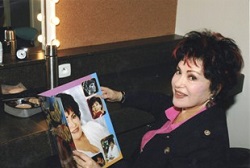 In 2006, she published her memoirs, L’espérance a toujours raison (Michel Lafon). In 2007, she participated to the second year of the tour Âge Tendre et têtes de bois all over France. Then, in 2008, she celebrated her 50 years career of singing with the release of a new album, Quand les hommes, comprising covers by Georges Brassens and Yves Duteil, and unreleased songs.

On June 3, 2008, Rika Zaraï was admitted in a hospital in emergency for a stroke. In the middle of July, she went back home in Paris and started reeducation. A few years later, on October 3, 2013, she came back on screens in the 1 o’clock TV news broadcast and in the newspaper Le Parisien for the release of a double album Anthologie 1960-1982 on Marianne Mélodie label. 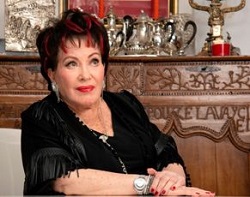 On December 31, 2016, Yohanan Zaraï, her first husband and father of her daughter, passed away. In September 2019, the music label Marianne Mélodie released a compilation of her 100 best songs. On February 3, 2020, twelve years after her stroke, she sang, in front of an audience and in a wheelchair, Prague (a 1966 song), during a show gathering many artists in the Folies Bergère in Paris.

Listen to the playlist Rika Zaraï

Browse our archives on Rika Zaraï