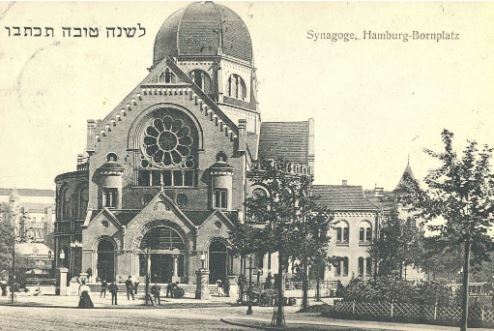 International conference at the University of Music Hamburg 1. – 3. March 2022

The presence of Jewish Culture in Europe is going back to the times of the Roman Empire. In 2021 Germany has celebrated 1700 years of Jewish life and culture. The city of Hamburg decided in 2020 to rebuild the large synagogue on Bornplatz, which had been destroyed in 1938 during the Reichskristallnacht. On this occasion, the University of Music in Hamburg initiates an international conference on Jewish music in Hamburg past and present, in which Hervé Roten, Director of the EIJM, will participate along with Edwin Seroussi (Jerusalem), Jasha Nemtsov (Weimar), Reinhard Flender (Hamburg) and Yuval Shaked (Haifa).