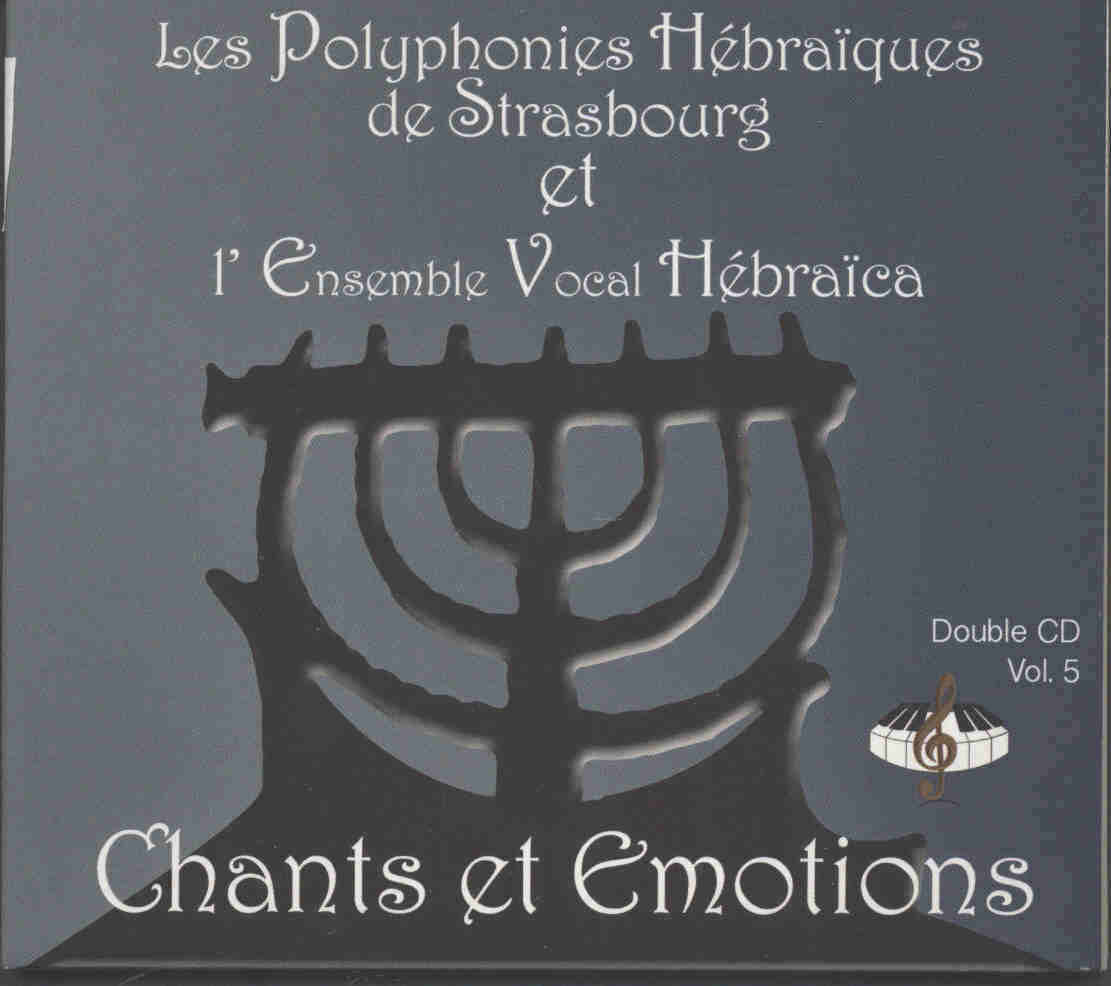 The first disc of this box-set is composed of live recordings by the Polyphonies Hébraïques of Strasbourg, between 2011 and 2013. Under the musical direction of Hector Sabo, this group of 50 chorus-singers and soloists is created in 1996. Accompanied by Michel Hild at the organ, they make us discover the rich and varied repertoire of Jewish liturgy from the 17th to the 21st century, ladino songs, Israeli songs…

Since 2011, the Polyphonies Hébraïques of Strasbourg have played in Alsace, in Berlin, Luxembourg, concerts from which this CD has been made. 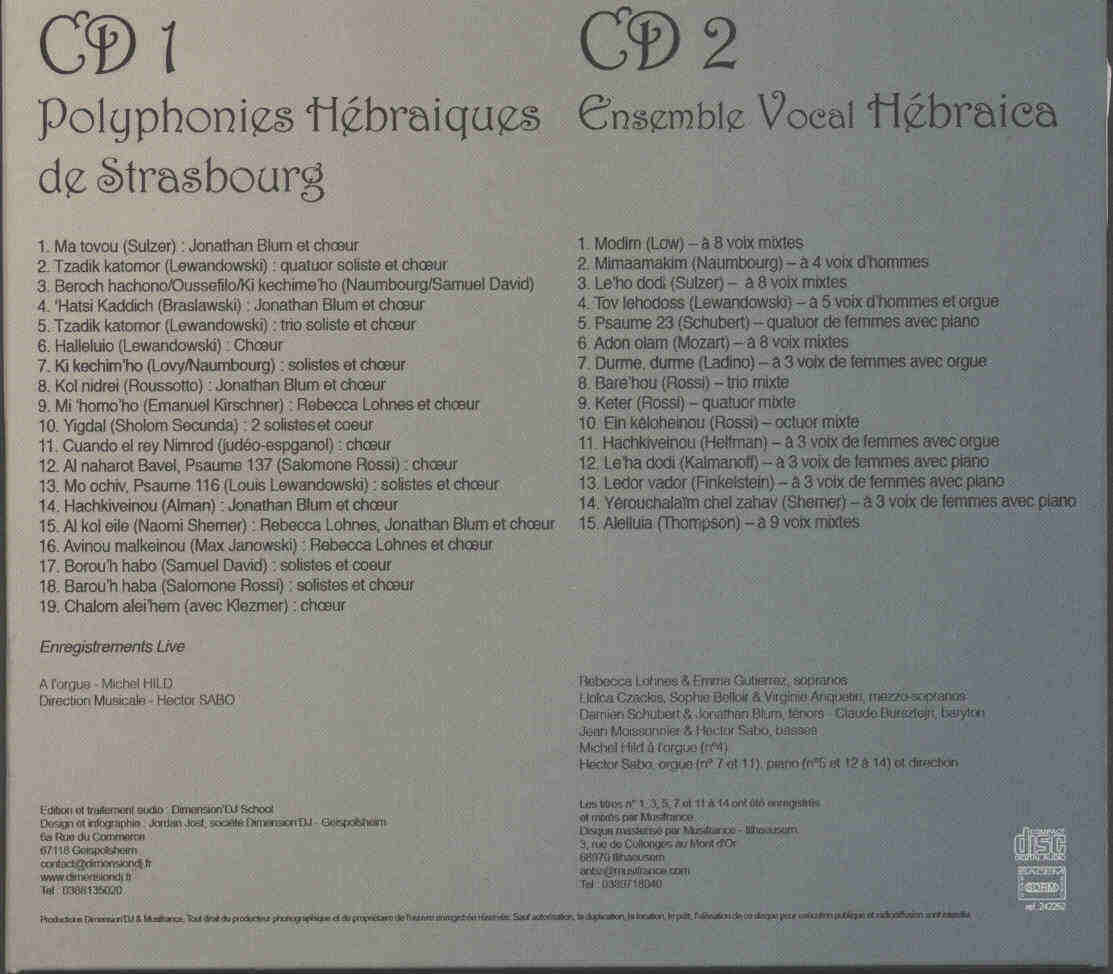 The originality of synagogue music from the European and American capital cities comes from the fact that they have often been ordered to talented composers for special occasions, great ceremonies, or to celebrate important events in a Jewish community. We find therefore compositions written for small and bigger vocal ensembles. It aims to raise spiritually the ceremonies, and private special events such as weddings.

The 2nd CD of this box-set presents the Ensemble Vocal Hébraïca, who aims to perform and bring anew these works of great quality, often unknown, and that deserve to be part of the « great repertoire » of universal music.