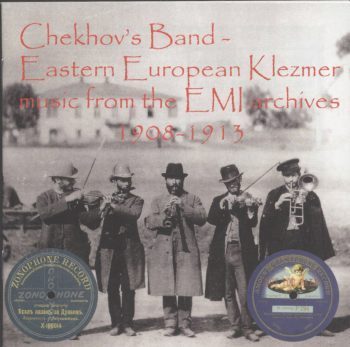 Coming with a tremendously rich booklet, a true historical and ethnomusicological essay, this CD released in September 2015 features archive recordings, unpublished until now, and absolutely breathtaking, coming from the archive collection of The EMI Archive Trust, an organization which aims to conserve the fifty first years of the Gramophone company (which became EMI), between 1897 and 1946.

Dating from before World War I, these recordings of instrumental Jewish music come from Odessa, Kharkov, Poltava, Czernowitz, Lemberg and Vilna. They are performed by various artists such as the virtuoso clarinet player Titunshnayder, the violinists Jascha Gegner and Oscar Zehngut, the Jewish Wedding Orchestra of Bak, the Giter Orchestra, and the Czernowitzer Civilkapelle.

The booklet, written partly by Michael Aylward, a specialist of the Jewish disc industry, and Joel Rubin, teacher in the university of Virginia in USA, and famous clarinet player, presents a full research on the context and the actors of this musical production, opening new angles on klezmer music, its history, its sounds.

The CD is produced by Julian Futter and Michael Aylward for Renair Records : http://www.jewishrecords.co.uk/ and distributed by Honest Jons. 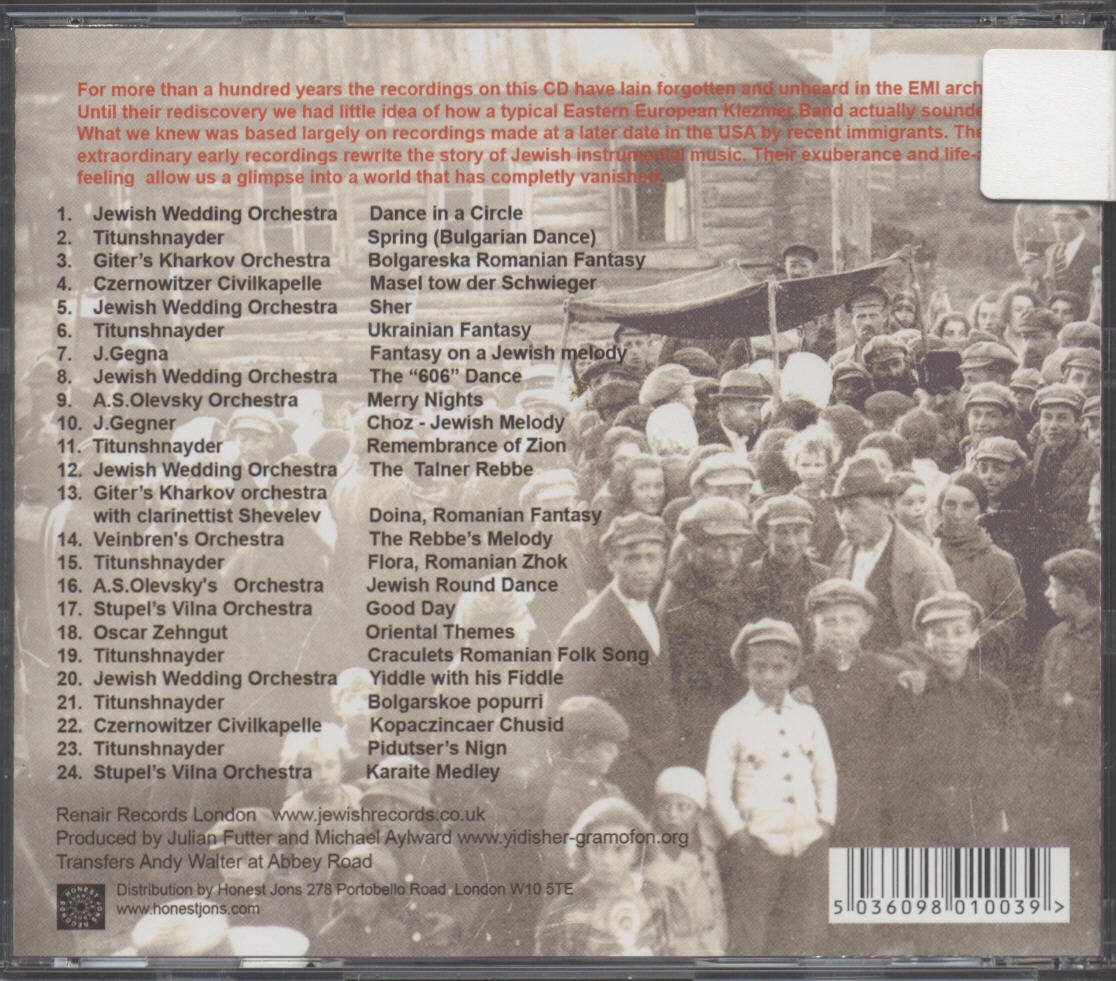