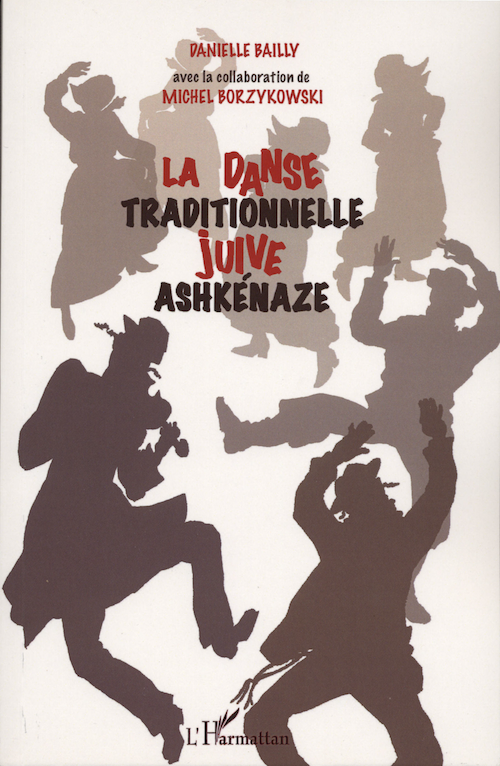 In this book, the world’s leading specialists in the traditonal dance of the former Yiddishland (Eastern Europe) describe this emblematic aspect of popular Ashkenazi Jewish culture. The spiritual imprint, the diversity of signs and symbols are brought to light, and another part is dedicated to the secular, diasporic aspect, characterized by the borrowing from neighboring cultures, adapting these with creativity.

Danielle Bailly is professor of linguistics in the university of Paris-Diderot. Passionate for Jewish dance, she also takes part in the Yiddish choir Jacinta’s Zingers. She joins the movement of thinking about a diasporic, secular and open Jewishness.

Michel Borzykowski has dedicated himself to Jewish music since 1996. A leader of klezmer music and Yiddish dance workshops, former vice-president of the association Amis de la musiques juives in Geneva, he plays in several klezmer, sefardi and arab-andalusian orchestras.