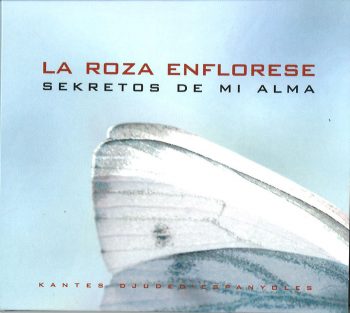 In 2000, the singer Edith Saint-Mard and the flutist Bernard Mouton ceated the band La Roza Enflorese to perform the monodic Sefardi repertoire. Coming from the oral tradition, these songs offer many ways for interpretation. Constituted of musicians with various influences, the band presents these songs  as a meeting between ancient music, traditional and modern music, using classical instrumental techniques and inspired by popular music, as well as improvisation.

In order to create a varied and contrasted musical world, La Roza Enflorese joins instruments of different origins and times (vielles, violas, luth, vihuela, flutes, cromornes, diatonic accordion, ud, saz, kanun, Middle East percussions). If this instrumpental richness contrasts with the Sefardi tradition, of which songs were sang by a woman accompanied just by a tambourine, it testifies of the influences that enriched this tradition since the diaspora in 1492.