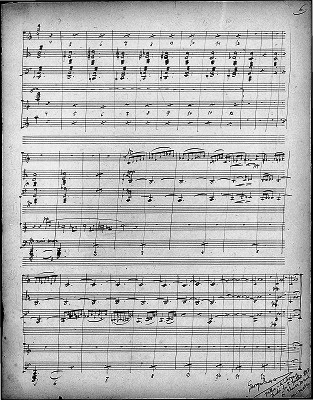 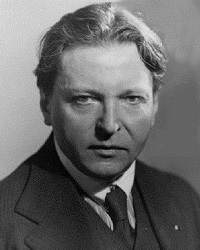 A child prodigy, he enrolls in Vienna’s music school at the age of 7. He studied composition and violin, and performed regularly in public since the age of 12. In 1895, he settled down in Paris to take music courses at the Paris music school : composition with Jules Massenet and Gabriel Fauré, counterpoint with André Gédalge, violin with Martin-Pierre Marsick.

In Paris, he became friends with Alfred Cortot, Pablo Casals, Jacques Thibaud, Maurice Ravel, Jean Roger-Ducasse, Florent Schmitt, Paul Dukas and Fernand Halphen. In 1898, Enescu dedicated to Halphen his Nocturne Ville d’Avrayen for piano and string trio. Two years later, Halphen dedicated to Enescu his Sonata in ut # minor for violin and piano, a sonata which was probably performed by Enescu himself for its creation.

During the First World War, Enescu came back to Romania, where he wrote his Second suite for orchestra (1915) and his Second symphonia (1918), a Trio for violin, cello and piano and seven Pièces impromptues for piano. At the end of the war, he spent time between France and the United States where he regularly conducted the New-York Philharmonic orchestra. He also perfomed many recitals and concerts in France, where he was accompanied by Gabriel Fauré and Richard Strauss. From 1928 on, he started teaching violin and interpretation in Paris, Siena, New-York and Cambridge. Among his pupils, we find Yehudi Menuhin, Christian Ferras, Dino Lipatti, Ivry Gitlis, Arthur Grumiaux, Michel Schwalbé…
The second world war saw the return of Enescu in Bucarest. He blended in the musical life of the romanian capital city. Strong defender of contemporary music, he composed very modern works : the Child’s impressions for violin and piano (1940), a Quintet for piano and strings (1940) and his second Quartet for piano (1944). When peace returned, Enescu performed as a conductor or violonist In Moscow with David Oïstrakh and Emil Gilels, in Bucarest with Yehudi Menuhin or on the piano with Ernst Wallfisch. The establishment of the communist regime led him to leave definitely. Refugee in Paris, and though he was sublect to financial and health issues, he stayed very active until his death during the night of 3rd and 4th May 1955.

The circumstances around the composition of the “Nocturne Ville d’Avrayen” 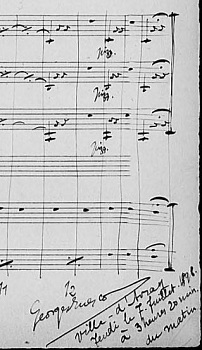 The 5th of July 1898, George Enescu, who was not yet 17 years old, was invited by Fernand Halphen in Ville d’Avray, in his parents’ house. Ironically for Israelites, the house of Georges and Alice Halphen was called « The monastery » ! Enescu, classmate of Halphen in the music school, spent a very agreable time and the two friends even continued this day until late at night. The moon was bright and gave inspiration to Enescu, who would compose a Nocturne Ville d’Avrayen for piano, violin, viola and cello, which he would dedicate to Fernand Halphen, and to whom he would give the manuscript.
In 2005, Fernand Halphen’s descendants donated the composer’s musical archives to
the French Center for Jewish Music, today’s European Institute of Jewish Music. Among the many documents, we find this manuscript that fell in oblivion. Some research on internet mention a draft of the musical score. Others mention that this score dates between 1931 and 1936, under the slightly different name Nocturne Ville d’Avray. In 2012 a CD is released dedicated to the original works of George Enescu (Georges Enescu, The Unknown Enescu, Volume One, Music for violin) in which features the Nocturne Ville d’Avrayen. This “nocturne”, found in a manuscripts kept at the Romanian Cultural Institute – George Enescu Museum, is described as « a touching memory of the strong relationship between Enescu and Menuhin » between 1931 and 1936 ! According to Malcolm MacDonald, author of the disc’s booklet, it is during that period that Enescu wrote this “nocturne” that would have been perfomed in Menuhin’s house, which was in Ville d’Avray. The reality is that Enescu only took back this youth composition, which he gives to be performed, particularly by Menuhin on the violin, Pierre Monteux on the viola and Maurice Eisenberg on the cello. The story erased the name of the first dedicatee – Fernand Halphen – leaving only the name of Yehudi Menuhin. We find again this error on many websites, including the French National Library.

The comparaison of the two Enescu’s manuscripts (see above), allows to resituate the creation of the Nocturne Ville d’Avrayen in its original time and context. These are youth works (Enescu was not yet 17 years old !) inspired by nature. On the score, indicated to have been finished Thursday July 7, 1898 at 3h20 AM, feature indication such as « nice moonlight », « rooster crow », « midnight ». The same nature inspired to Enescu one year later an Aubade for violin, viola and cello (1899) and later a Sérénade lointaine for piano, violin and cello (1903).