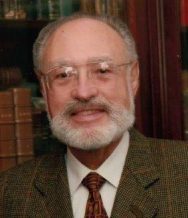 Son of Emile Léon and Valentine Leon, born Lévy, Gilbert Léon, born February 28, 1934 in Bordeaux, he was the eldest of a sibling of 3 children: Gilbert, Michel and Denise.

His father Emile, sculptor, first prize recipient with special mention at the School of Fine Arts of Bordeaux, was President of the Consistory of Bordeaux, received the Legion of Honor and occupied the position of City Councilor of the City of Bordeaux, dedicated to the Fine-Arts.

His mother Valentine was President of the “Israelite Ladies of Bordeaux”, an association she founded after the war.
Gilbert Léon learned the liturgy during the war from his parents, clandestinely, as did the marranos. It is with his mother that he learned especially the biblical accents (teamim) of the psalms (tehilim). 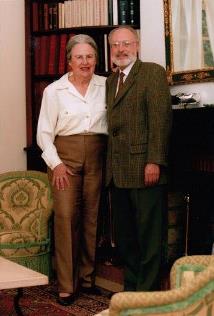 He was also taught by Moïse Alvarez-Peyrere, Sadi Fonsèque and Roland Mossé, all three, great connoisseurs of the Portuguese rite of Bordeaux.

Born into a religious family, Gilbert Léon attended the synagogue for over 60 years and, he taught the liturgy of Bordeaux to Talmud Torah students and young bar mitzvah for 10-12 years.

At the same time, Gilbert Léon, cabinetmaker of the Chamber of Trades, an apprentice then worker, eventually opened a cabinetmaking workshop in Bordeaux, an activity he started in 1949.

In 1961, he married Maïté Dalmeyda in Bordeaux.
Obsessed by the need to transmit the Portuguese rite, he elaborated, during his retirement in 2000 in Hossegor, a Handbook of study and application of the Hebrew liturgy of the Portuguese sefardi rite, accompagnied with 65 CD.

Gilbert Léon is also the author of a Brief History of the Jews in Bordeaux (12 manuscript pages), as well as a Reflection on the Psalm Tea’mim (35 manuscript pages) which will be finalized in 2018.

Look at our archives about Gilbert Léon