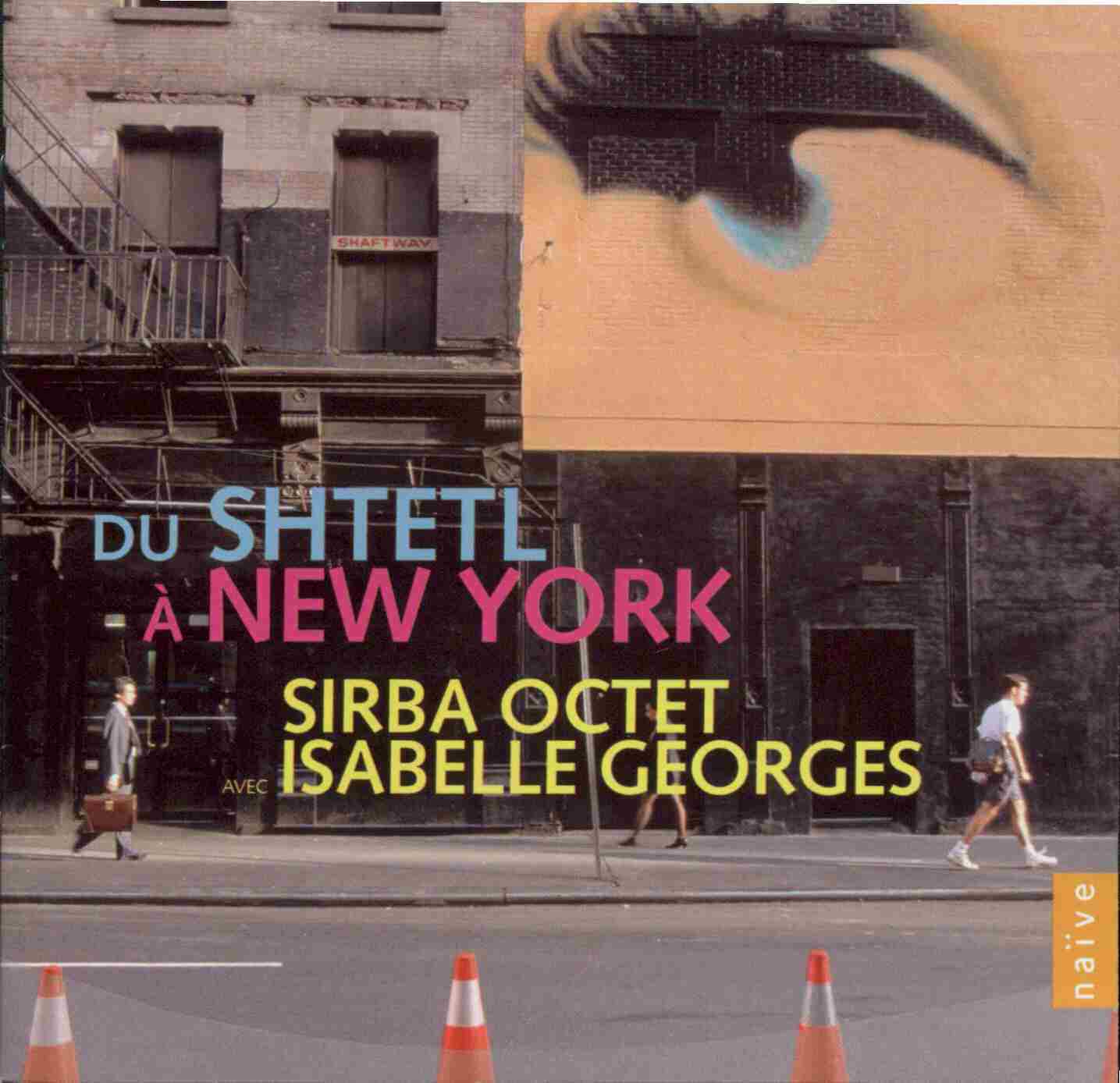 The essence of the Yiddish spirit and American musical theatre

In 2007, as part of the Festival d’Île-de-France, the Sirba Octet worked with Isabelle Georges, the multi-talented singer, dancer and actress known to anglophone audiences as a ‘triple threat’, to produce Du Shtetl à New York. The show charts the journey made by millions of Eastern Europeans from their shtetls, or villages, to New York – melting pot of musical influences from all over the world. The show was inspired by Fabienne Rousso-Lenoir’s documentary Du Shtetl à Broadway and celebrates heredity and inheritance, an important foundation of the Yiddish community.

From the end of the 19th century to the Second World War more than two millions Eastern European Jews left their shtetls and emigrated to the USA to escape antisemitism and find happiness in America. They fled poverty only to find misery and social isolation in America. In the face of such disappointment, however, they did not look back. The Jewish people integrated through their art. Their music became a unifying outlet for their creativity. Musical forms became entwined and the path to integration lay open. Even their names took on an American twang – Gershowitz became Gershwin, Rogazinsky became Rodgers, Asa Yoelson became Al Jolson.

And so were born some of the greatest jazz standards and stars of musical theatre. Du Shtetl à New York reunites the heroes of that epic venture, such as Irving Berlin, Harold Arlen, Jerry Bloch and Sophie Tucker, and explores their music from shtetl folk to well-loved standards of musical theatre’s golden age. The show sweeps through traditional tunes, lullabies, jazz and ragtime – from Bessarabye to Over the Rainbow, from Rozhinkes mit Mandlen to My Funny Valentine – delving into the roots of American music with astonishing artistry, heartfelt emotion and a flourish of tap shoes. Ameriké!

Du Shtetl à New York was produced for the 2007 Festival d’Ile-de-France and has since been performed at many festivals and in prestigious concert halls in France and abroad. 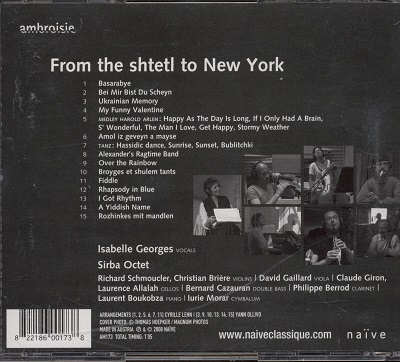