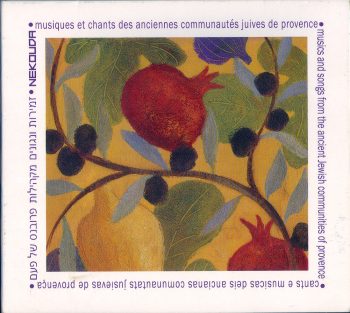 Music and songs from the ancient communities of Provence

In Hebrew, the nekuda is the starting point of the melody, but also the positive spot where the soul develops itself.

Throughout out their in the midi region of France for centuries, since the Antiquity, the ancient Jewish communities of Provence have developed, in accordance with their environment, a culture and a way of living of which some traces can still be seen, in particular in their music.

A music of celebration and gathering, a solar music, like a welcoming land, in which we find, behind, the Eastern night.

Judeo-provencal music, born from the crossing of Spain, Italy and Northern Europe, transmits the most various influences. We find in it the sonorities of three cultures of Andalusia, the Italian baroque and the French Middle Ages, all of it under a provencal light…

It is this original repertoire from the musical heritage of the diaspora from Provence, fallen into oblivion, that the band Nekouda brings back to light.