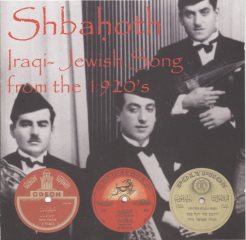 Iraqi-Jewish Songs from the 1920's

The Jewish community of Iraq numbered approximately 125.000 Jews before the massive emigration in Israel in the beginning of the 1950’s. It was one of the oldest community in diaspora, that existed, one say, since the destruction of the first temple of Jerusalem and the Babylonian exile, around 2.500 years ago.
During these 2.500 years, the Jews from Iraq developed local customs, including for the chanting of the prayers, designated by the word Shbahoth. The Shbaroth were sung by a «Master of prayers» (Abou Shbaroth) and the worshippers during Sabbath, but also during other important festivals, such as Sukkot, or the pilgrimages to Ezekiel’s or Ezra’ s grave.

In the 1920’s, most of Iraqi instrumentalists were Jewish. They held a very important role in the first international congress of Arabic music, which took place in Cairo in 1932. When the Iraqi radio was created in 1936, all musical ensembles, excepts for percussions, were composed of Jews.

This CD, made with 78 RPM remastered discs, gives us rare and precious recordings of the Jewish Iraqi tradition, before its deep transformation in the Israeli society.

(Explanations picked out from the CD’s booklet Shbaroth) 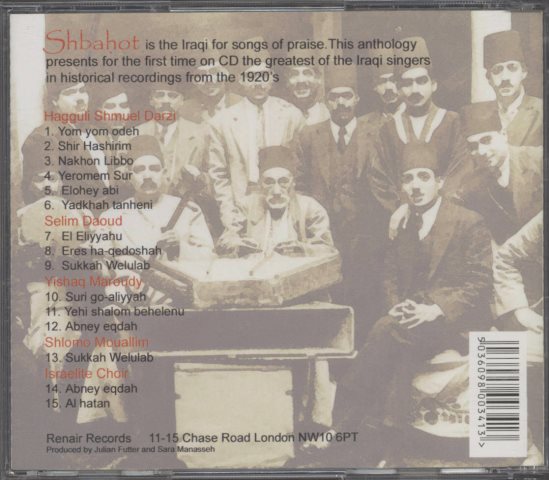