« Kol Nidre », with these words start the impressive and deep prayer starting the most solemn day in the Jewish calendar, Yom Kippur. By singing the Kol Nidre, the worshippers beg humbly God to cancel all the wishes, oaths, engagements and promises taken from last Kippur until this one, and that were not kept. The traditional melody of that prayer has always been fascinating, in the Ashkenazi world where this prayer is sung with the same melody in all communities, and also for many Jewish and non-Jewish composers who found there a great source of inspiration.

During this program, we will hear various versions of Kol Nidre, by Max Bruch, Arnold Schoenberg, John Zorn, Serge Kaufmann or Itaï Daniel.

A musical journey guided along with Bruno Fraitag, vice-president of ULIF Copernic and board member of European Institute of Jewish Music.

Officer of the Ordre of Arts and letters, PhD in musicology at Paris University Sorbonne, prize-winning graduate from the Conservatoire National Supérieur de Musique et de Danse de Paris, Hervé Roten is the director of the European Institute for Jewish Music since its creation in 2006.
Ethnomusicologist, he quickly developed an interest in the safeguard and digitization of archives, subjects he taught for several years in Reims and Marne-La-Vallée universities.
Author of many articles, books and recordings related to Jewish music, producer of radio programs, Hervé Roten is recognized today as one of the best specialists of Jewish music in the world. 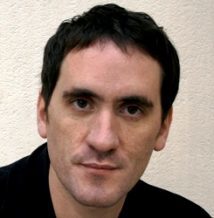