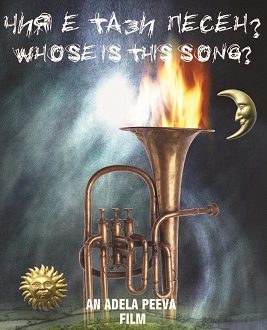 Well known by Jewish communities from all around the world, the melody of Usküdara, Fel shara or Terk in America, is known everywhere, from Turkey to the USA, passing by Morocco or Serbia, It is even sung sometimes in the synagogue. But from where comes this song ? This is the subject of the documentary made in 2003 by Adela Peeva, who focuses here on the Balkan region.

The Bulgarian director Adela Peeva tells her journey through the Balkans, to find from where comes this song with many names : Usküdara, Katibim, Ruse kose curo imaš, Terk in America, Anadolka, Mu në bashtën tënde, Ya Banat Iskandaria….

Adela Peeva met the inhabitants of Serbia, Bosnia, Macedonia, Turkey and those of her own country Bulgaria. Everyone, except a few, claimed this song as being something traditional from their country. Conversations were passionate, and sometimes took a political turn. Let’s remind that this movie was filmed just after the war in Yugoslavia.

Song of love, song of war, the lyrics change in each version, though the tune stays the same.

A song that unites ? Or that divides ?