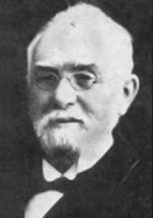 Born in Kitaigorod, in the province of Kiev, in Russia, in 1844, Eliezer Mordechai ben Yitschak Gerowitsch received a religious education in various Yeshivoth (institutions that provided a thorough teaching of the Talmud and the Torah). His religious erudition acquired during his childhood would largely contribute to develop his compositions of synagogal music during the last years of his life.

Since he was a child, Eliezer Gerowitsch showed great gifts and a deep interest for music. But he didn’t go further until the age of 18, due to the relative poverty of his family. He then left for Berditchev, a town known for the quality of its cantorship, to study music, and harmony in particular. Blessed with a nice tenor voice, he studied singing with Moïse Spizberg, First Cantor (Hazzan) of the Synagogue of Berditchev, who would employ him as Cantor in his synagogue. He became familiar with the synagogal classical repertoire, and the works of composers such as Sulzer, Lewandowski, Naumbourg or Weintraub. Later on he would be Cantor in the synagogue of Nicolaiev, where he developed his talents as a composer of synagogal music.

Hungry to deepen his musical knowledge, he left his position and went to Saint-Petersburg, where he studied singing in the Music Conservatory. He met Rimski-Korsakov with whom he started a rich correspondence on the theme of synagogal music and its relations with the music of the Orthodox Greek Church. 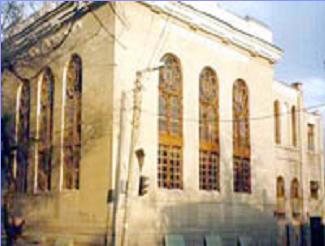 Although he was expected to occupy the vacant position of Hazzan in Saint-Petersburg, he preferred to go to Rostov-sur-le-Don, more adapted to his health issues. It is there that his talents of synagogal composition grew and flourished. He composed two collections of synagogal music in six volumes, three under the title Shire T’filoh and three under the name Shire Zimroh.

Gerovitch’s works and synagogal practices correspond to his will of restoring the spirit of the tradition in the most « accurate » way, using arrangements and harmony, often modal, the closest possible of tradition, despite of the climate of opposition by the reformists who wished to introduce in the liturgy popular composers, such as Haendel and Verdi.

Admired by his community for his character and achievements, Eliezer Gerowitsch died in Rostov on October 8, 1914.

Listen to the playlist Liturgical Chants by Salomon Sulzer (1804-1890)