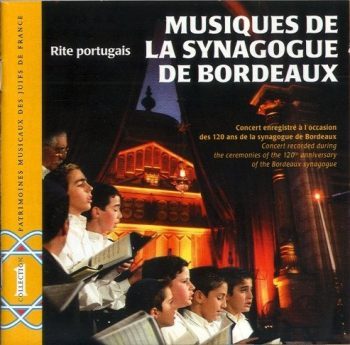 MUSICAL HERITAGE OF THE JEWS FROM FRANCE COLLECTION, Vol 1

At the beginning of the 20th century, the music played in the synagogues of Bordeaux, Bayonne or Paris, are very impressive. The cantor would recite the liturgy, often supported by the organ and chorus of 20 men and children dressed in a special way. This audio-visual splendor contributed to giving the cult great solemnity. But this custom totally disappeared after the 2nd World War.

To celebrate the 120th anniversary of the construction of the great synagogue of Bordeaux, it has been decided to make this music live again, for one evening. Following the advice of the musicologist Hervé Roten, a chorus composed of men and children organized, under the direction of Françoise Richard. Adolphe Attia, Malkiel Benamara, Léon Cohen and Didier Kassabi, four cantors who still know the Portuguese ritual, agreed to sing during this wonderful concert that took place in the Synagogue of Bordeaux on October 14th 2002. Mag Tayar, organ player of this synagogue, accompanied the singers. 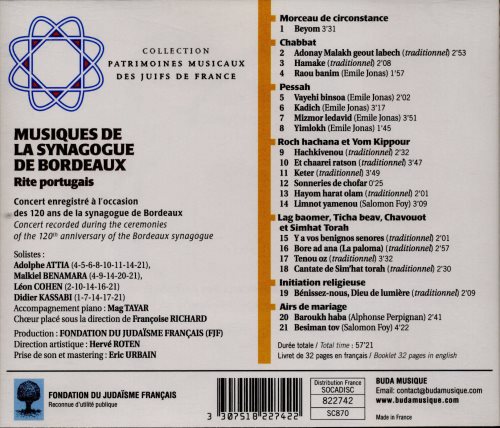