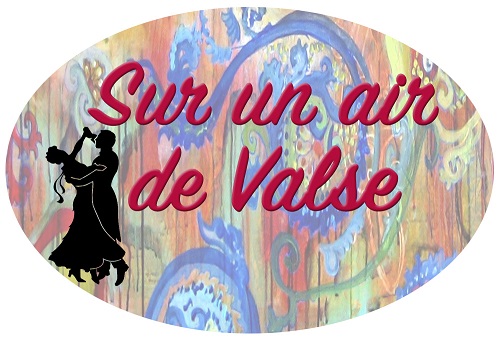 The waltz: a musical genre appreciated by Jewish composers.

The waltz comes from the German word “Walzer” which means “to turn in circle”. This dance became famous in Vienna in 1780 and spread throughout Western Europe.
Its music is generally written in ¾ with a strong first beat followed by two weak beats, on which the embracing couple moves on the dance floor turning on itself.

In France, with the 1789’s Revolution, court dances became less popular, and people danced more waltzes. The first use of the parquet floor and leather shoes allowed going from jumped footsteps to slipped footsteps.
From 1840 on, the salon dances are clearly separated from ballet dances, and start to be taught by masters of salon dances.

The waltz: a musical genre appreciated by Jewish composers.

During the Second Empire, Emile Waldteufel became famous by writing several music pieces for dancing (waltz, mazurka…). In 1865, notably appreciated by Eugénie, he became director of dance music at the imperial court of Napoleon III and the chosen pianist of the empress. He is asked to enliven the famous dancing evenings of Biarritz and Compiegne. From 1867 on, Waldteufel’s orchestra accompanied the balls in the Tuileries garden, following what Isaac Strauss had done, whom Berlioz called “the Strauss of Paris” in his memoirs.

During the second half of the 19th century, many composers – such as Johann Strauss son, Jacques Offenbach and Reynaldo Hahn – wrote many waltzes just for its music, while at the same time as thousands are written for the dancing.

The 20th century perpetuates the tradition of the waltz in a much freer style: slow waltz, movement of an instrumental piece, easy-listening song, etc.