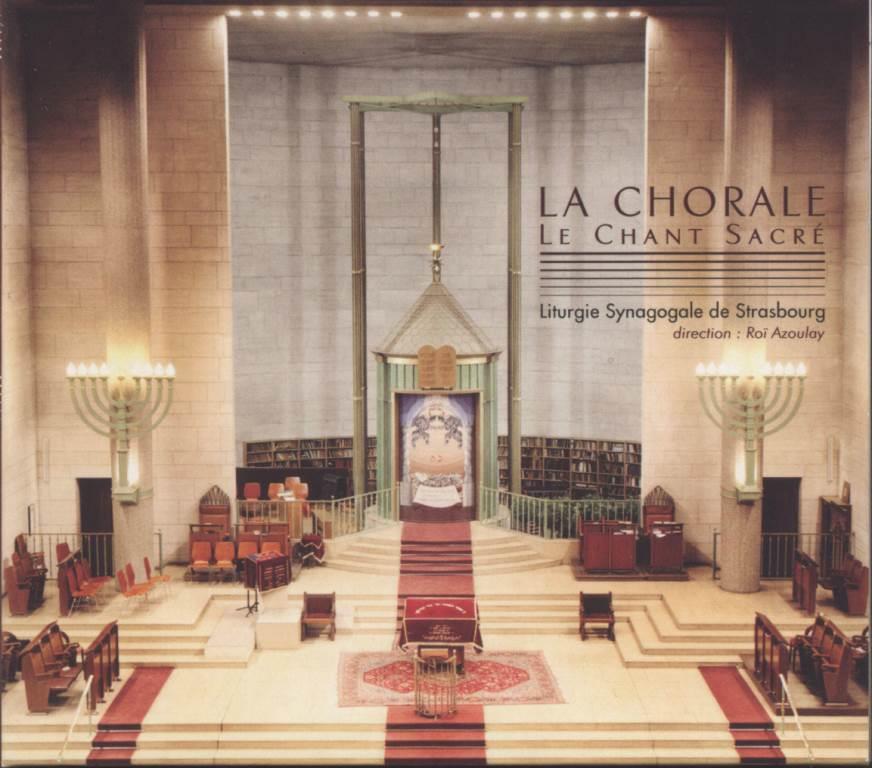 The choir Le Chant Sacré (The Sacred Song), created in 1951, is a men’s choir composed of about twenty passionate amateurs, of which the repertoire comprises mainly Jewish Ashkenazi liturgy as well as traditional songs from Central Europe and Germany.

The choir, directed in 2012 by Roï Azaulay, professional choirmaster from the Music Academy of Jerusalem, is since 2015 directed by Rémi Studer,, multi-faceted musician.

It is one of the last synagogal choirs in France that participates in the weekly service of Shabbat and other festivals. It accompanies the professional Cantor Isaac Ouaknine, in the Great Synagogue of Strasbourg. Thus, the Jewish liturgy of Ashkenazi rite persists, and more specifically the Alsacian liturgy. The choir participates therefore, in its way, to the saveguard of the Jewish liturgical heritage of the Rhine valley.

In 2012, the choir was selected with six other vocal bands from Jerusalem, Paris, Johannesburg, Warsaw and Berlin to participate to the 2nd edition of the Louis Lewandowski Festival in Berlin.

However, the experience as well as the contribution of each choirmaster allowed to the choir Le Chant Sacré to enlarge its repertoire to the ‘Hazanut from Eastern and Central Europe, to the Jewish Sefardi liturgy from North Africa, to the Judeo-Baroque and Israeli Folk.

Website of the choir Le Chant Sacré
Purchase the CD