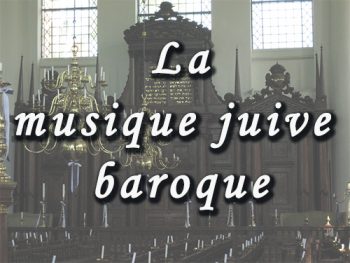 Unlike various popular beliefs, Jews from Italy, Provence or even Amsterdam had a perfect knowledge concerning Art Music in the Christian world. Young Italian Jews in the 15th century went to music and dance schools.

In the 16th century and in the beginning of the 17th century, the ducal palace of the Gonzaga family of Mantua received Jewish musicians, among them Salomone Rossi (ca 1570 – ca 1630), who published in 1622-23 a first collection of 33 choruses in Hebrew for the synagogue of Mantua.

Around 1680, Carlo Grossi composed a cantata for a Jewish brotherhood of Modène or Venice. In 1732, 1773 and 1735, three cantatas were performed in the small synagogue of Casale Monferrato.

At the end of the 17th century, a Jewish dignitary from the Comtat Venaissin, strongly hoping for a male heir, ordered from the Christian composer Louis Saladin an “Entertainment for a circumcision” for solo, four voice chorus and orchestra! In Bordeaux and Amsterdam, the Portuguese Jews enjoyed and played the music of their time.

In the 18th century in Amsterdam, the sumptuous salons of wealthy Portuguese Jewish families were the home for opera and cantata concerts, musical styles that entered in the synagogues with the works of Abraham Caceres and Cristiano Giuseppe Lidarti, who wrote in 1774 Esther’s oratorio, the longest piece of music (two hours!) in the entire history of Baroque Jewish music. 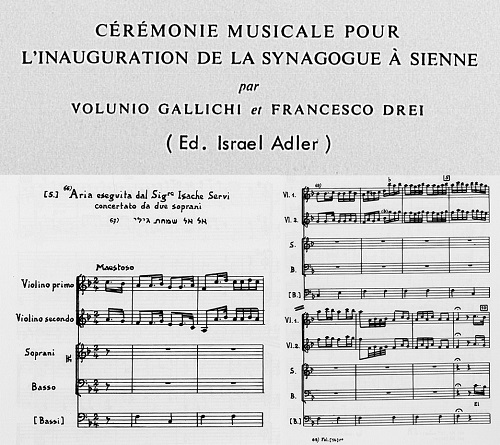